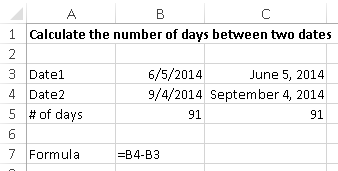 Worked example file showing each of the scenarios from this lesson