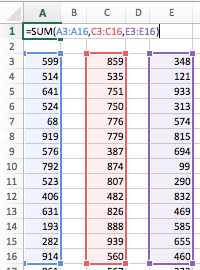 Unfortunately, you didn't type examples, you simply showed screen shots, which I cannot read at all, because they are tiny. So most of your instruction was useless. I couldn't make out what you were trying to say. You could have easily typed examples as well as shown them in screen shots.